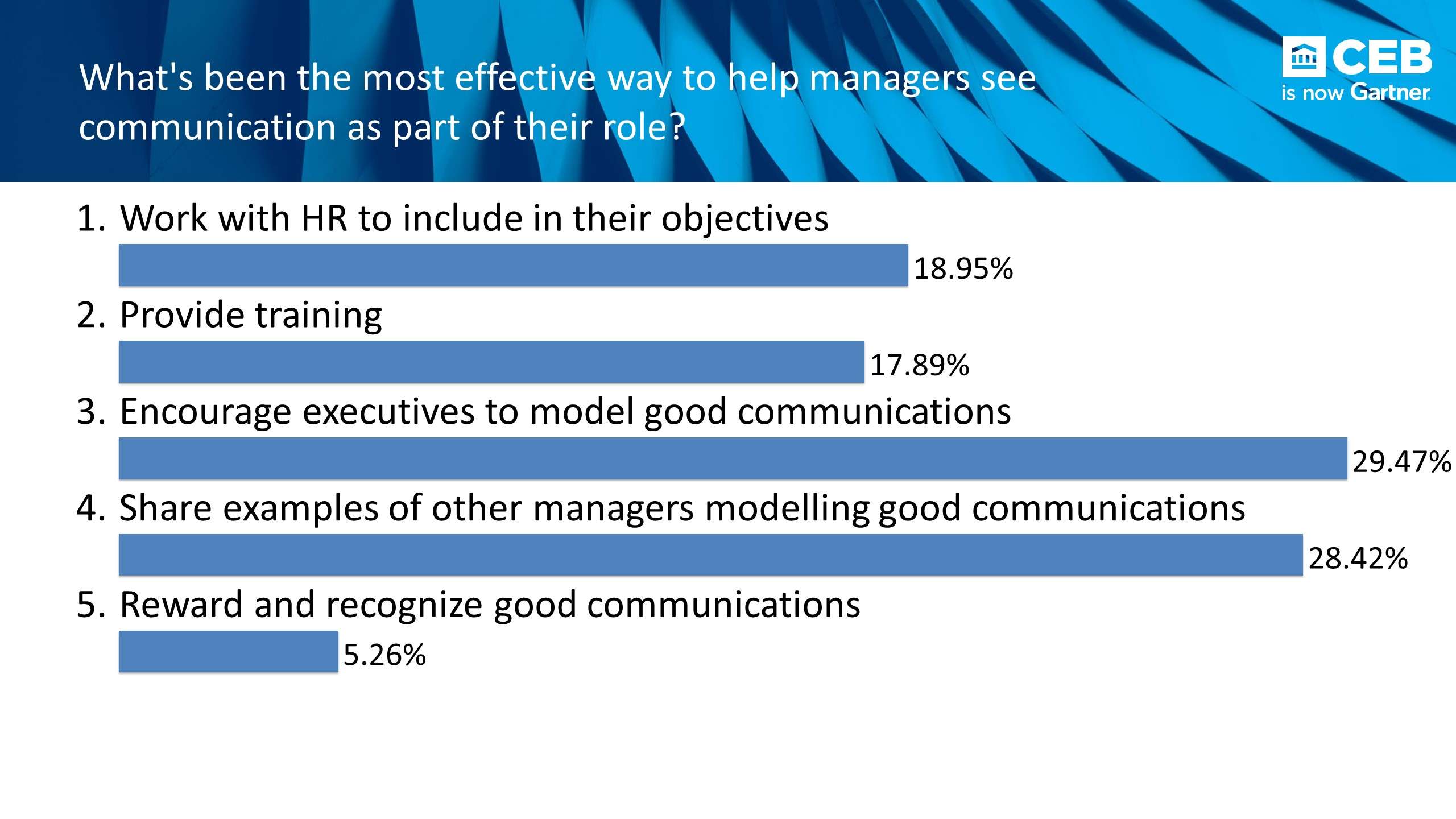 The long-lumbering push for line manager communication training as an internal communication panacea may be in its death throes, according to a survey conducted among participants at this weekâ€™s CEB-Gartner Internal Comms Summit in London.

When asked their opinion about the best approach for improving manager ownership o their communication role, training for line managers came in fourth with 18%, while role modeling and observation of role modeling came in first and second with a combined total near 60%.

Although this finding came from a flash poll at a conference, the significance of this result should not be underestimated. CEB-Gartner attendees are mainly serious in-house professionals who come from companies that have budgets to spend.  And 82% think the future of manager communication involves priorities other than old-school manager training.

Conversely, as the power of role modeling is magnified by the sharing of stories and positive behaviors, these results should give heart to those pursuing better use of social and informal approaches as primary communication channels.

Could the future of manager communication be less focused on hierarchy and more focused on lateral conversation and observation? It just might look this way.

Strategy, strategy and strategic: the difference and why it matters

The future of IC: now published on IC Kollectif