November 17, 2016 BY mikeklein One of the most prominent features of Hillary Clintonâ€™s US presidential campaign was her reliance on celebrity surrogates to take her message to like-minded audiences around the country.Â  Whether it was politicians like her husband Bill and President Obama, or performers like singer BeyoncÃ© or controversial rapper JayZ, the surrogate force allowed the campaign to cover a lot of ground with programming to energize live and supportive audiences.

At least that was the theory.

Indeed, if one looks at Abraham Lincolnâ€™s timeless laws of running political campaigns, the idea of having people who have high credibility speak to targeted audiences is one of the most sensible campaign tactics imaginable. (Law number 2: â€œFor those who are undecided, send someone in whom they trust to persuade them)

But then this happens: 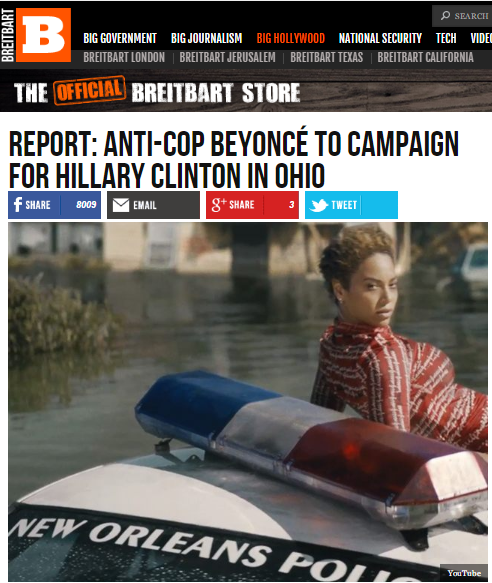 The inflammatory portrayal of the event on Breitbart, a news service targeting Clintonâ€™s most hostile opponents, bringsÂ Lincolnâ€™s law number four to the surface: the imperative to "turn out the 'Good Whigs'â€ on â€œElection Day.â€Â  This means â€œdonâ€™t turn out anyone else!â€

It does little good for a political campaign to make great effort to mobilize their supportersâ€¦if they also end up mobilizing their opponents.Â Â  But Hillary Clinton is hardly unique.

Indeed, nearly all internal communicators beat ourselves with the same blunder every day.

Internal communicators are spectacularly good at mobilizing, antagonizing and agitating the opponents of the initiatives and activities they are paid to promote.

To a large extent, this is the fault of a number flawed strategic demands overÂ which they have little influence:


As the world moves into potentially a more contentious business communication culture reflecting the current political tone, an internal communication approach that does not deliver clear strategic benefit to businesses will become increasingly unsustainable.

Through the use of one of a number of survey methods, communicators can identify the most influential peer communicators (informal leaders) and get some useable insights about how those informal leaders perceive and prioritize the main items on the organizational agenda. Then, they can shift a key portion of internal communication away from broadcast channels and towards those leadersâ€”who actually drive most of the main internal conversations anywaysâ€”thus reducing the excess visibility and noise that is harmful to initiative success.

Some organizations start with pilot programs, others focus on shifting part of their organizations, and other develop full-blown social maps covering the entire enterprise.

To learn how to do this in your organizationâ€”start with â€œLessons From Lincolnâ€ â€“ the Changing The Terms Influencers Guide.

Shifting from the indiscriminate â€œengage everyoneâ€ approach to one that focuses on the real informal leaders doesnâ€™t just make internal communication more efficient and effectiveâ€¦it also changes the terms.