Wonderloop: The Future of Intranets in 20 Seconds or Less?

July 31, 2014 BY Leonardo Barilari Having been involved with the birth and launch of a social intranet for the last two years (and other stillborn efforts beforehand) an enduring disappointment has been the inability to convince people to register and complete even a brief biographical profile that would allow other users to learn more about those people than simply â€œname, rank, and serial number.â€

But an app I learned of at the recent EACD European Communication Summit struck me as a potential game-changer.Â  Itâ€™s called Wonderloop, and is based on a radically different view of the optimal profileâ€”a video clip of 20 seconds and a collection of tags, which allow users to be identified, searched and connected with people with common interests, or who seek expertise.

While some profiles, including the ones on my companyâ€™s intranet, take minutes to complete and require at least semi-competent English writing ability to avoid lasting embarrassment, Wonderloopâ€™s system makes it easy to re-use existing tags, minimizing the impact of bad terminology and bad spelling, while allowing a user to establish a presence quickly and cleanly. Built-in messaging complements a tag-based search engine.

One clear downside is the variable quality of the video selfie, though oneâ€™s video clip is easy to replace and update.

To be sure, Wonderloop faces challenges.Â  Currently, it is only available as an iPhone app, rendering it incompatible with nearly all existing intranet platforms, and with everyone whoÂ doesnâ€™t kneel at the Apple altar.Â  It is a true start-up, whose Norwegian founder, Hanna Aaase, has had to encounter one of the most formidable barriers to initiative and perseverance imaginable, the infamous Scandinavian phenomenon called the Janteloven, reflected in the rejection of a government grant application on the grounds that the Wonderloop idea â€œwas too ambitious.â€

Wonderloop is not excessively ambitious in and of itselfâ€”a simple combination of short videos, tags, messaging and other allied features like favoriting and introduction.Â  But adding 20 second videos could make a people search or a search for subject experts far more interesting, and make todayâ€™s intranets more ambitious, and far more engaging.

If you do kneel at the altar of Apple, and have an iPhone, you can try out Wonderloop by downloading it at the iPhone App Store and registering your account details inside the app. Upon approval, you can then move about the site.Â 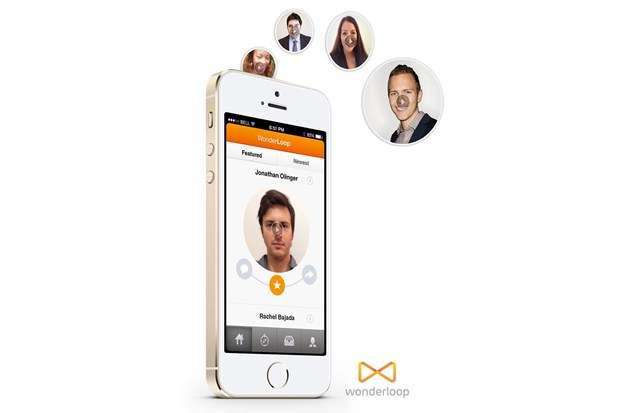 Read all article from Leonardo Barilari

A Change In Terms...and Another Round of Blogging

1 thought on “Wonderloop: The Future of Intranets in 20 Seconds or Less?”